A debate about the state of analytic philosophy has been developing in the philosophical blogosphere over the last few months, started by Liam Bright’s pessimistic assessment of the state. In this original post, Bright described analytic philosophy as a “degenerate research programme”. No longer was there a shared paradigm, and instead philosophers either took a politically applied turn or just bumbled along not knowing what else to do.

Bright summarises the situation, by describing a threefold lack of confidence:

Overall, I found myself largely agreeing with the pessimistic sentiments expressed in Bright’s post; otherwise I presumably wouldn’t have switched fields. That being said, I am modestly more optimistic on 1 and 2, as should become clear later in the presentation of my perspective. 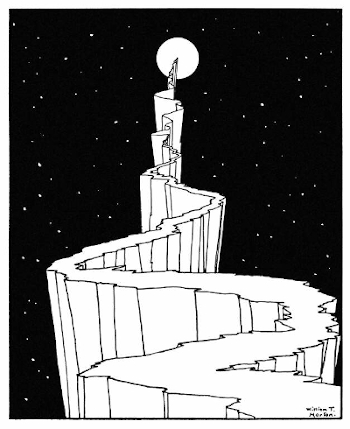 Bright’s post has started a debated, which has underlined for me how different the various sub-groups of academic philosophy are. Representatives of different areas in philosophy give different responses and many disagree with Bright more than I do.[0] One example of that is the recent guest post by Preston Stovall on Bright’s blog.

Stovall criticises the “march of Kripke” narrative in Bright’s original post, i.e. the narrative that sees Kripke’s work as the high point of the analytic tradition on which the later work relied, and by changing the narrative Stovall suggests a vision for a unified analytic philosophy. While I am vaguely familiar and attracted by the narrative that Stovall sketches, I cannot say that I recognise much from my own philosophical-academic experience and work in it. To tell the truth, I can recognise as a distinctly Pittsburghian approach to analytic philosophy, rather than the one I am used to. Perhaps this Pittsburghian view can take over, and unification be achieved behind another tradition with in analytic philosophy. For now, however, a diversity of viewpoints prevails.

To add to this diversity, I want to present my own perspective, that is the perspective of one particular person who has turned to computer science out of dissatisfaction with philosophy’s current state. Hence, my post will be unabashedly self-centred, focussing on three of my own qualms with academic analytic philosophy:

My dissatisfaction with the methods of analytic philosophy is an instance of the one described by Bright. I share the lack of confidence that analytic philosophy as it stands can solve its own problems and it troubles me deeply. But not all find this prospect of unsolved problems so dismal. As Bright summarises, one common response to his diagnosis of the lack of suggests that

while it is true that philosophers generally cannot plausibly believe they will achieve rational consensus, this is not such a bad thing. The mistake was ever hoping for that in the first place, and once we have gotten over that hangup we can enjoy the sort of pluralistic free play of ideas that comes with a taste for dissensus.

I find the lack of ambition in this response deeply unappealing. We should aspire to solve our problems, or at least to make substantial progress towards such solutions. The rationales for the lack of ambition do not convince me. They seem to turn on the nature of philosophy and suggest that it is an open-ended discipline that can reach no conclusions at all. As is to be expected, I disagree with this view and while settling the nature of philosophy is beyond the reach of a blog post, outlining the difference is not.

It might be true that philosophy constantly raises new questions. But there is a need to distinguish whether philosophy as a discipline can always raise new unanswered questions, and whether we can answer current questions in philosophy.[1] To give an example, I have published on the nature of social groups and I want philosophers to reach a rational consensus on this issue. Are groups pluralities or not? The common response appears to suggest that we might clarify this question itself, but never quite answer it.

I am not as pessimistic as those who respond with accepting the problems as unresolvable. In contrast to them, I hold out a modicum of hope that one by one, we could reach widespread consensus in philosophy.[2] Undoubtedly it will be challenging and it might be a never-ending quest, since we are never running out of new questions. Still that is a far cry from the pessimism of being unable to reach consensus on any of them. In fact, I believe it makes me even more optimistic than Bright, who apparently does not dare to hope for a methodological renewal, at least not one that leads to true problem-solving.

That being said, I am to be counted amongst the pessimists insofar I believe in the need for a far-reaching methodological change, crossing disciplinary boundaries, and do not see such change happening at the moment. My pessimism is sustained by a folk-sociological assessment, not by one of philosophy’s nature.

Analytic philosophy in the US and the UK has undergone a sharp turn towards socio-politically hot topics, such as racism and gender. Before I turned to computer science, I primarily worked in social ontology, a sub-field of philosophy in which the applied turn has been especially notable. That is not entirely surprising, since the applied turn has focused on social issues. But my experience of it has differed from that described by Bright:

Many of the projects that seem most exciting to junior philosophers concern injustice, oppression, propaganda, ideology – all things about which it is felt that philosophical analysis might be able to have a real world impact.

I am one of the junior philosophers for whom that was not the case. These projects did not excite me. Similar to Bright, I remain sceptical about the ability of philosophers to have “real world impact” in this way. But even if one were to grant that philosophy can have the intended impact, there are subtle and not-so-subtle differences in my political view and the one hegemonic in the applied turn. These differences give the applied turn a direction that does not suit me and what I want.

As I did not share the political sentiment of the applied turn, I mostly stayed away from it. Over the years, however, its influence in social ontology increased and crowded out the issues I was more interested in, such as the ontological foundations of the social sciences. While my interests still form part of social ontology and are recognised as such, the crowding-out effect matters especially on a difficult job market, where opportunities for career advancement are scarce.

Lack of Career Opportunities and Conclusion

I take a rather naive view on the issue of the philosophy job market. Of course, one can bemoan the state of funding for the humanities and on some days I have sympathies for such a take – usually on days when my attention is not on the relative scarcity of GPU time. But bracketing this issue, there are too many people for too few positions. A solution is for people to leave the academic discipline. From my perspective, this does not happen to a sufficient degree for two reasons:

Many philosophy graduates believe they are only suited for philosophy, underestimating their skills and most importantly their capacity to acquire further skills. It is my experience that with few exceptions, notably students working in cognitive science, philosophy graduates tend not to think of themselves as people who can program. The large majority of them most certainly could and they could earn income with this skill. If they gave programming a try, they might also find it intellectually rewarding.

The second claim rests on my impression that philosophers identify deeply with philosophy as a field. You do not just study philosophy, you are a philosopher. Certainly, I have felt that ways and to an extent still. It is deeply appealing to identify with such a rich tradition of more than 2000 years, a tradition that has brought about many great insights. But that identification does not imply that one has to secure a position in academic philosophy. As is well-known, few of the most famous philosophers of history worked as academics. In addition, philosophy can also be pursued from positions in other fields.

Of course, I solved my problems by moving into another field, computer science. My actions and the view expressed in this post are coherent. Furthermore, my choice of computer science addresses all three issues I have raised. While analytic philosophy took a socio-politically applied turn, I instead chose an implementational turn. This implementational turn, so I hoped and still do, could help us overcome the methodological impasse in asking the questions of philosophy. Of course, computer science also offers more opportunities for career advancement. I can always sell my Python, NLP, and Deep Learning skills on the job market.

Clearly, I am advertising the solution of switching to computer science, but I don’t think this post will convince many. That one can earn more with a degree in CS is well-known and widely accepted, my methodological claim and its argumentational justification would have to do the work of changing minds. But because I have not sufficiently argued for how the methodological impasse of philosophy could be overcome by the methods of computer science, my post lacks argumentative power. At this point, I doubt I have an argument that can do the work. Luckily, I only promised to offer my perspective in this post.

[1] A connecting assumption is a deep holism about philosophical questions, as expressed in this blogpost:

I don’t want to dismiss such assertions entirely, but notice that asserting it leads to an odd incoherence. As far as I am concerned, the question of holism about philosophy is a philosophical question. To know the positive answer to it, that is to know that any philosophical problem is all philosophical problems, would therefore require us to know everything.

[2] I am not ruling out that some problems in philosophy might not be solvable. There might be a lack of epistemic access of one sort or another. But I do not think that we have justification to act on this assumption with regards to all or most philosophical problems. The background of my position is Peircean, taking hope in success as an important factor for the progress of inquiry.